The pupils from 2nd Class to 6th Class went to Lifetime Lab last Friday. This education and exhibition centre is situated in Cork City right beside the River Lee. Our activities were based on the seashore and life in the sea.

They learned about floating and sinking, they floated their own little boats and filled them with cargoes and tried not to let them sink. They learned about water pressure and how a submarine works. They were then shown a massive map of Ireland which they could sit on and looked at all the different sea areas  around our country. They also got to look in two aquariums and identify the animals within, some were hard to find as they were well camouflaged. 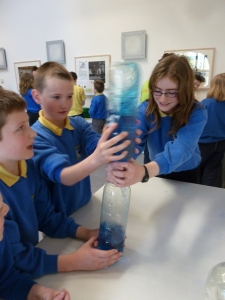 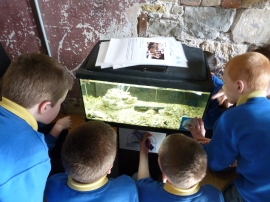 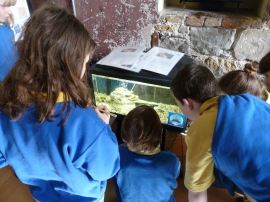 While the older pupils were away from the school at the Lifetime Lab the junior pupils had a fun afternoon exploring, exploding magic potions with the help of Joanna, a parent in the school. They were all dressed up as witches and wizards and had great fun doing the science experiments outside in the school yard. 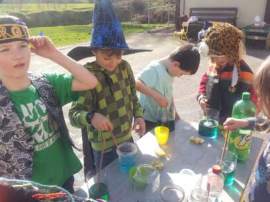